A friend sent me an email to remind me I hadn't posted in a year and wondering if I was still out there. Yes, I am. Like so many of us, 2020 has been a shit storm of a year. I managed to keep an art gallery open for a year in Dubuque, IA amid the pandemic. And I'm now the primary person in charge of it. I'm in the midst of remodeling the 20 x 65' space to fit my needs and I'm hopeful it will become a moneymaker in the new year.

I've had to get 3 Covid tests this year and had to isolate for 2 weeks twice now. I'm pretty careful about precautions. I'm not an anti-masker at all. But I'm also not going to stop living and stay inside all the time. Mostly the course of my life does not bring me in contact with other people so I don't have much fear of contracting or spreading disease. The two instances where I had to isolate were a result of others not following the rules.

I just applied for a full time job at my old company and was quickly turned down. Maybe ageism, maybe the supposition that someone who was once making upwards of $80,000 at that same company won't be satisfied only making $32,000....little to do they know lol! These are things you have to look forward to if you lose your job in the second half of your life.

I've been making it on freelance work and art sales. I've got almost 50 pieces in galleries worldwide right now. I just added Budapest, Hungary to my list of countries I've shown in. Athens and Chania, Greece as well as Montreal, Canada earlier this year.

I've got a Pop-up gallery open in Dubuque, IA right now. Part of a co-op of artists and retailers taking advantage of a city-sponsored program to give free rent and utilities for 2 months to people who might want to open businesses in a depressed older shopping district. We've got a great building. Brick and wood built in the 1920's. Big front windows, tall ceilings and lots of light. It's got good bones and we even have a ghost named Orville. I've got over 60 pieces of my art showing in my gallery right now. We've been open since the first weekend of November. Only open Friday and Saturdays but I've been selling $100 a day so far. Do that for a whole month and I can pay my mortgage. It's a good dry run for a real gallery anyway.

I've been dealing with depression and anxiety since about mid-December. Finally got bad enough I went to see my doctor. I had a complete physical and complete set of labs done as well as a cardiac stress test. I'm mildly hypertensive. My Vitamin D levels are low. Glucose is high and I've got Low Testosterone. I've still got to go see an endocrinologist and get a colonoscopy. But for no I've been put on Lexapro plus with the doc's approval I'm taking 20 Mg of CBD oil a day plus Vitamin D2 and D3. So far it's going OK. The anxiety gets pretty easily triggered by emotional things but I've been doing OK for a couple days now. Driving to Kansas City, about 4 hours away tomorrow. This will be the longest trip I've taken in 4 weeks.

Tomorrow I pick up my rental car and make the annual drive to the NC coast to spend Christmas with my family. As a gift to my Mom who has COPD and can't do all the things she wants to anymore, I have agreed to do all the cooking for the Christmas day meal. My brother and his girl will be flying in from Seattle and won't get there until late Christmas Eve so they won't be much help. I'll be using my Mom's recipes...many of which she got from her Mom. Seeing my brother will be good since we generally only see each other at Christmas.

I'll be doing a photo shoot with a former LJer who I now keep up with on FB. That will be fun.

For the first time in years, I'll be staying on through New Years so I can celebrate my Dad's 79th birthday with him. Not having a job to come back for has it's advantages!

Hopefully I'll be able to travel up to Northern VA as well to see my old friends from high school. If not, I'll plan a more lengthy trip for early next year.

Christ on a cracker...it was March when I last posted to LJ. What's wrong with me? Well I've had cellulitis for over a month for one thing. And I've been storm chasing every chance I get since April. Oh yeah and an epic journey to the West and Northwest in April. And owning a TARDIS has taken up a good chunk of time. I've gotten several photos in galleries and juried shows around the US including nudes in a museum in TN, 2 galleries in Los Angeles and the Seattle Erotic Art Festival. Happy to say most of them have sold as well.

The TARDIS keeps going through modifications. We just got back from taking it to Louisville, TN, where we did a fundraiser to help out a family in need of covering medical expenses for their two youngest. That was a lot of fun. This weekend we are setting it up inside our local library which should be a blast and next weekend it goes to a local rock festival that benefits a camp for disabled kids. 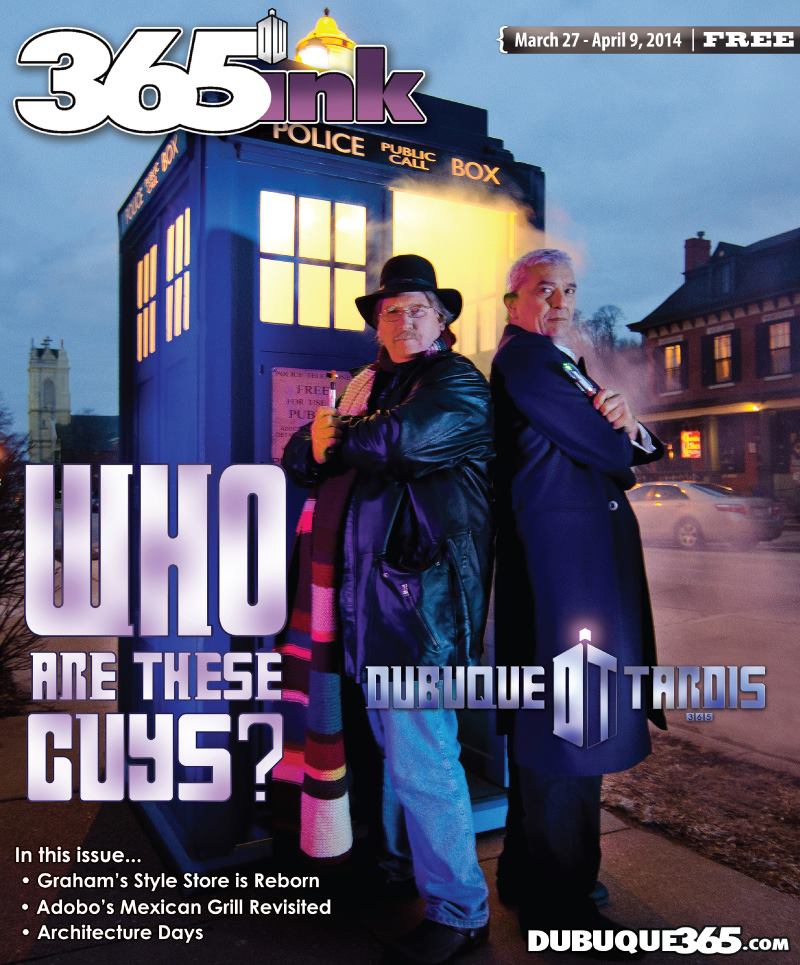 A young cousin of mine recently passed away. 27 is young to me. Leukemia is an awful word.

And I'm hitting the road again in August. My annual trip to NM and CO. I'll be visiting with my grandfather who is turning 90 as well as my ex-inlaws up in CO and some newfound friends in Amarillo. Hopefully I'll run into a few storms as well. 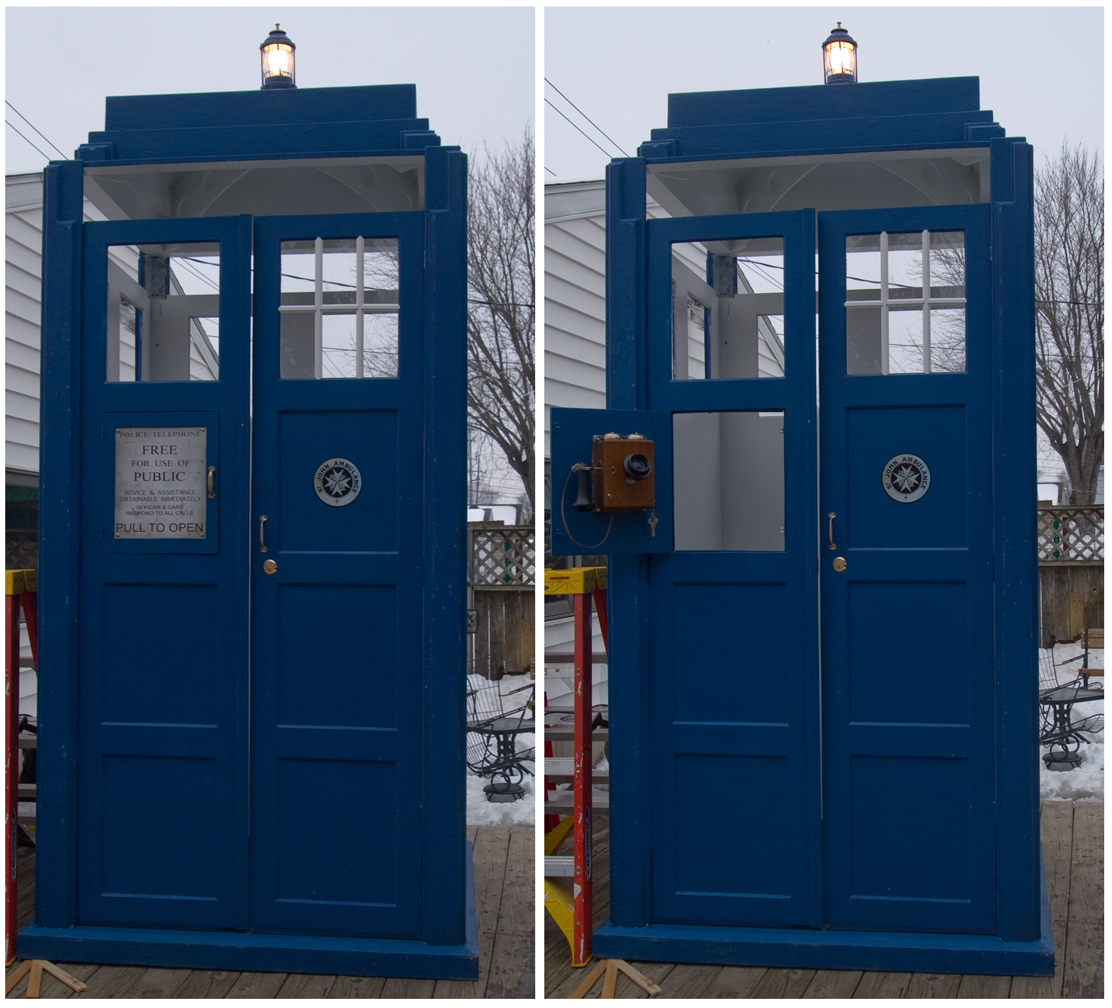 Today is my 49th birthday. My Mom called me at 12:18 am to remind me how much pain I put her through getting me to come into the world! I'm falling asleep at work because I was up until 3 am getting 38 linoleum cuts printed and matted and sent out to my Dad this morning for some Scouting awards he wants to do. I'd have charged him labor and all but I owe him upwards of $2k so I'd feel guilty doing it. Friends had Deb and I over for dinner last night and a nice house concert. I've got a massage in about an hour and hope I don't fall asleep during that but it would not be the first time. Then Deb and I will go out to dinner at one of the local higher end restaurants. If the weather holds out for the weekend, I may drive down to Kentucky to see my spiritual sister Kim Upton and the Upton clan this weekend.

I've been building a TARDIS wit ha friend of mine. Don't know if I mentioned that or not. Rather he's building it and I'm paying for it. I'm the finder of the hard things too though. Like i found the little electronic doodad that will synch the lights to the trademark TARDIS sound and I ordered the authentic Police Callbox lock all the way from England. I also found the phone which will eventually ring and have some rather surprising voices on it. Our Maiden voyage will be on Iowa Public Television next weekend but we plan to set it up for the first time tomorrow afternoon. Hopefully it will actually travel through time and space and that way we won't have to drive it to Des Moines for the TV appearance next weekend.

A friend of mine left this world earlier this week. It's been a week of going to informal memorials and a formal one yesterday morning. She was eccentric, outgoing, insecure and sometimes just plain weird. And she changed the lives of everyone who knew her for the better. I had lunch with her ex husband on Friday. When he heard the news of her death, he drove 6 hours to Tucson from San Carlos, Mexico where he now lives and then boarded a plane for Iowa. That's how she affected people. People who new her whether they liked her or not feel a loss at the thought of her departure.

Last night several dozen of her friends in the music community gathered for an informal tribute to her. This was one of the performances from that tribute

I'm officially old. I bought Crocs a couple weeks back. Croc Bistros to wear around the house. My heel spur pain finally got bad enough to affect my knee because I was limping. So I talked to an orthotist friend and he pretty much ordered me to get Crocs for the arch support. I bought better arch supports for my shoes and today is my first day wearing my new (to me) Keen hiking boots. Gotta say I love them so far and I've not felt much pain today. Now I need to start taking the Glucosamine Chondroitin again for the knee and maybe I can avoid knee surgery which is prevalent in our family.

I just had to get out of town yesterday. I've been so frustrated with the cold, ice and snow this year. Snow overnight on Friday prevented me from going anywhere on Saturday. So Sunday I made a really quick trip to the farm. Saw a bunch of eagles fishing and got this right before dark. Frozen prairie grass and sunset 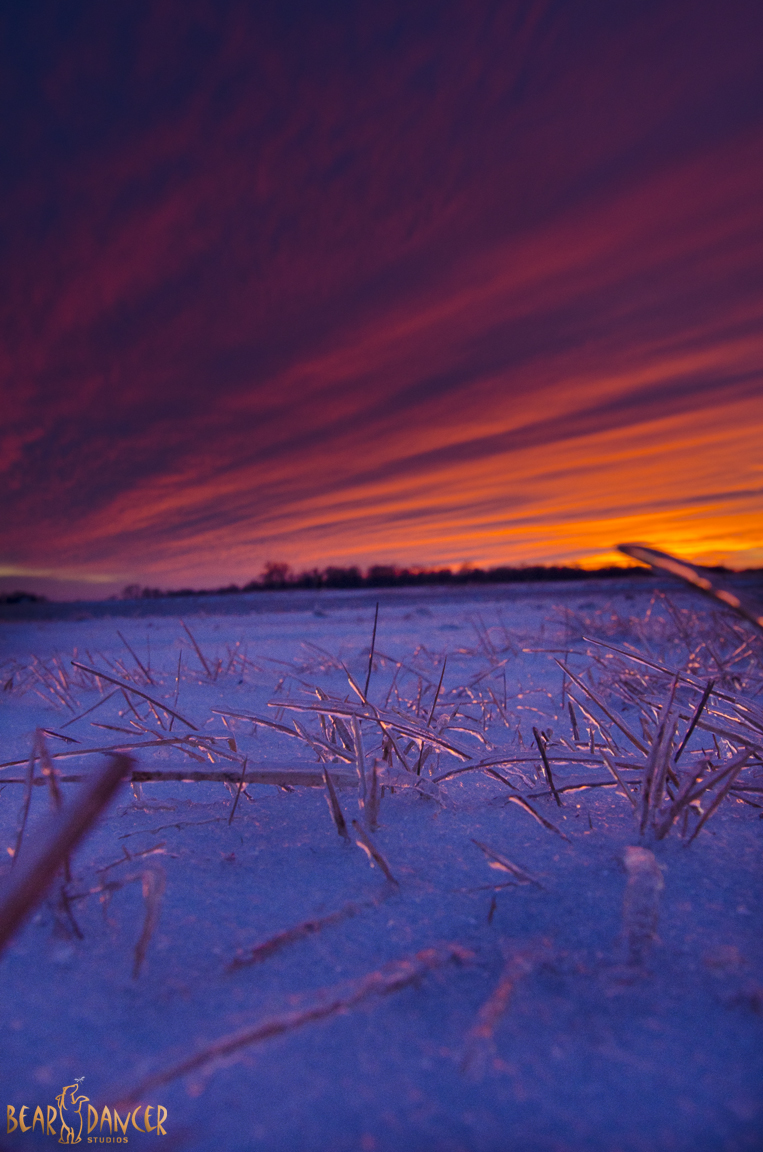