Preliminary plan for the 2014 Spring Epic Journey. Fly to Phoenix and get a car. Drive to Tucson and visit with

i and friends. And now

i and I are planning to drive out and explore the Salton Sea together. After that drive to San Diego and get on the PCH and take it all the way to Seattle. Visit with my brother Joe and friends for a bit and then travel back down the coast via the US 97 through Klamath Falls and down to Sacramento and then back to Phoenix via Barstow, Joshua Tree and whatever else I can think the cram in there.

I posted this to FB as well but any LJ friends who live along that route should let me know if they would like a visit and I'll try to work it out.

I was visiting with my sister

justkimu on my way back to the Midwest from North Carolina at Christmas and we were telling her girls why LJ was so much better than facebook. Ironically it was the things that Facebook touts as making it the best social network that we were pointing out as it's downfalls.

There was a time when my day started out with a fairly long post to LJ every morning. I knew it wasn't just a journal...that other people would be reading it and that I cared about what people had to say. Contrast that with facebook where I'm mostly just posting photos or short quips or complaints and it doesn't matter at all that it won't be a semi-permanent record I can look back on.

The people I met on LJ I got to know and consider real friends. I've got about 165 friends on LJ still and I've met about half of them in person. I have over 1100 "friends" on Facebook and I'll probably never meet most of them and to be honest there are many that I don't care if I will or not. Yes Facebook has allowed me to catch up with some old friends that I probably never would have lured to LJ and that's nice. But the vast majority of my time on Facebook isn't spent keeping up with those folks anyway.

The reason I stopped posting to LJ so much was a co-worker saw me posting to LJ one day and reported me to one of my former bosses who was a micro-manager from Hell and I was told not to use LJ at work. That screwed up my whole routine and after a couple months I just developed new routines. But I really miss writing more extensively and reading more in depth about my friend's lives. Posting photos to communities and getting feedback and writing about my Spiritual journey in my Shamanic community.

So I'm trying to re-write my routines a bit and push back from the constipation that is Facebook.

I've been getting a lot of good lightning photos lately. It's that time of year. I'm actually kind of getting known for my lightning photos. Ironic that I'm better known for something where I don't control 90% of the process. I have a lot of fun with it though. Here are some of my recent ones. 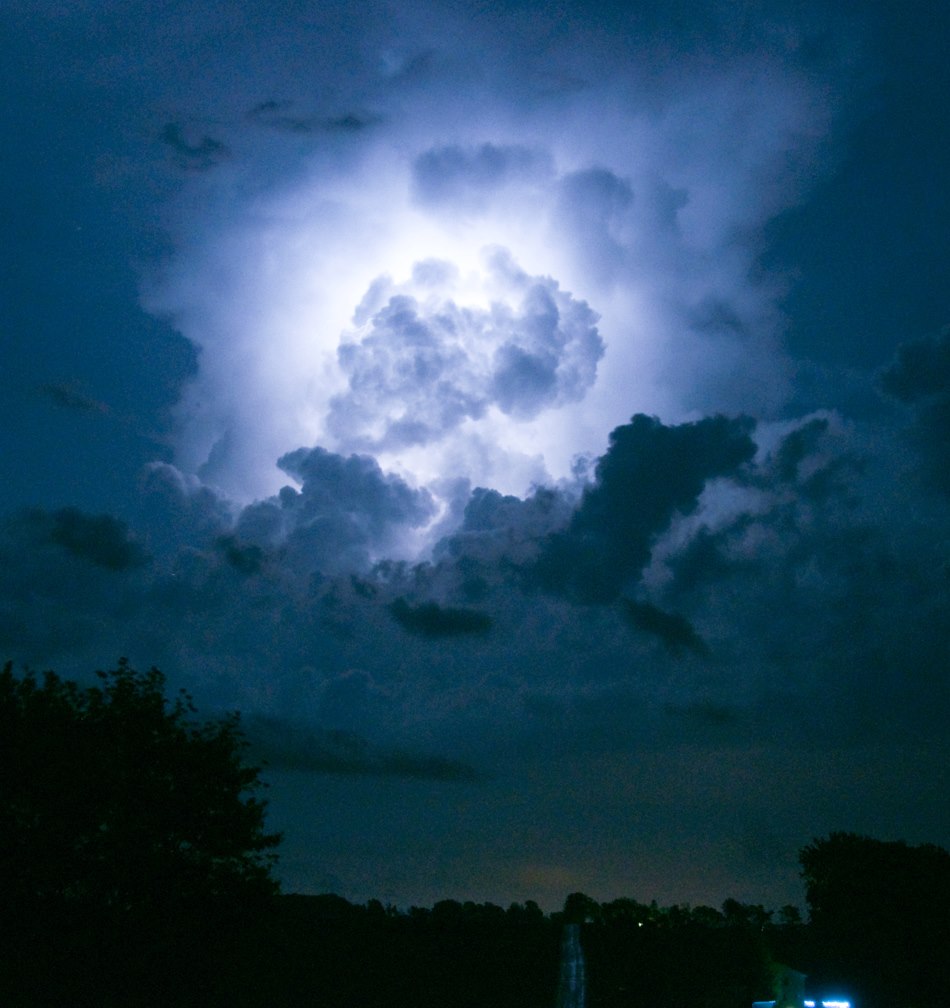 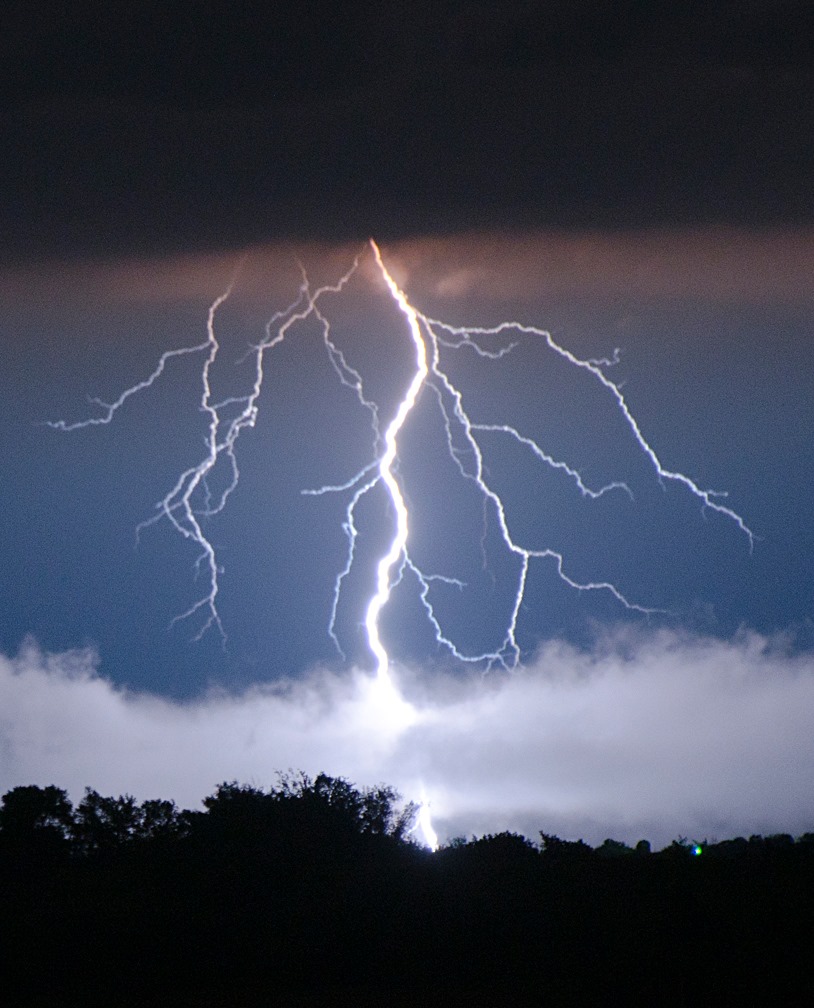 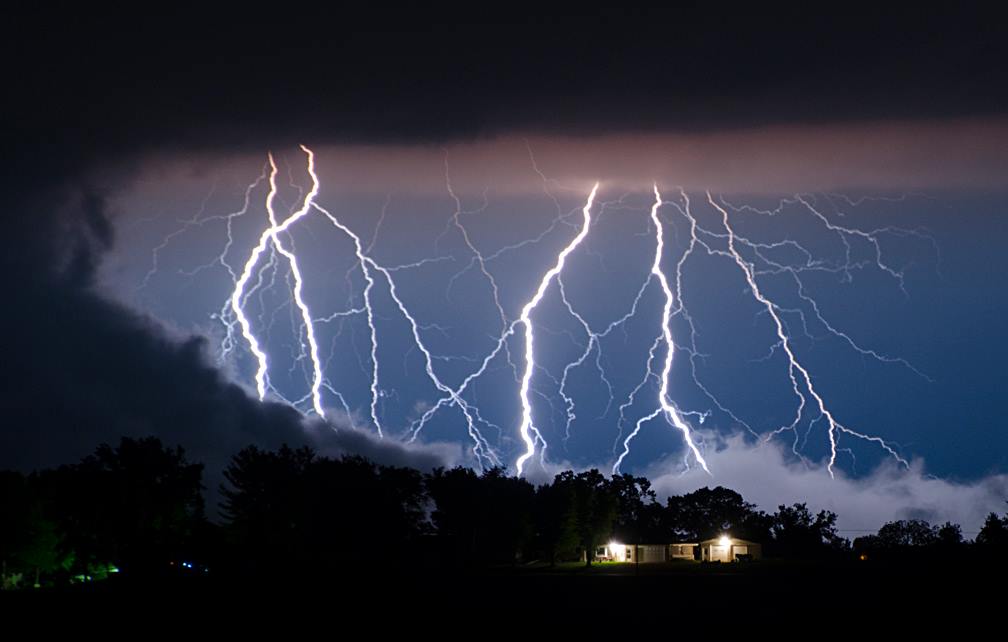 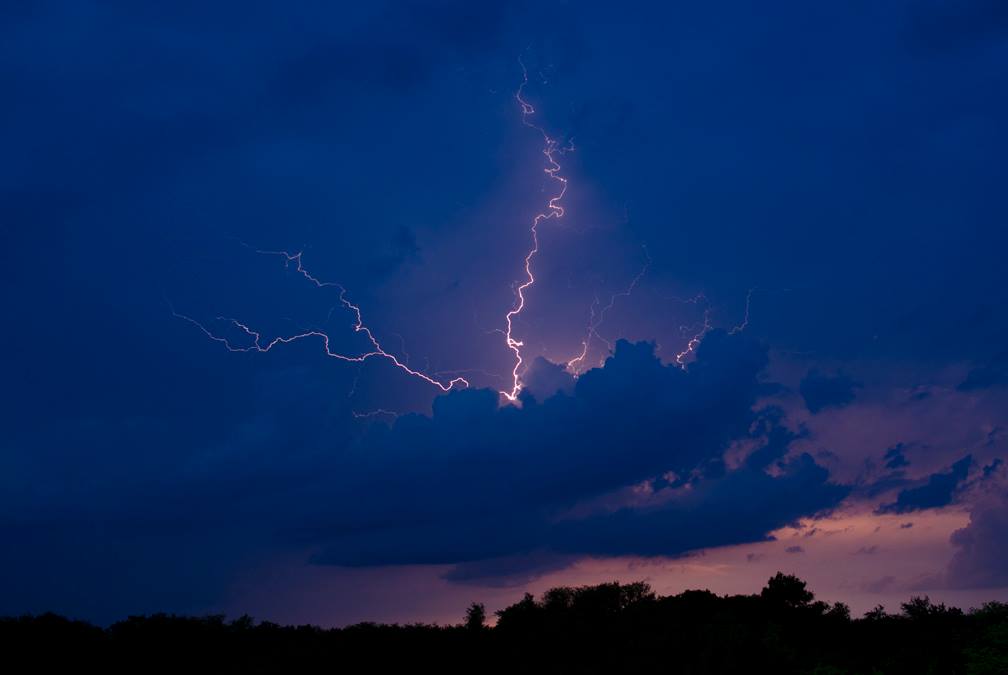 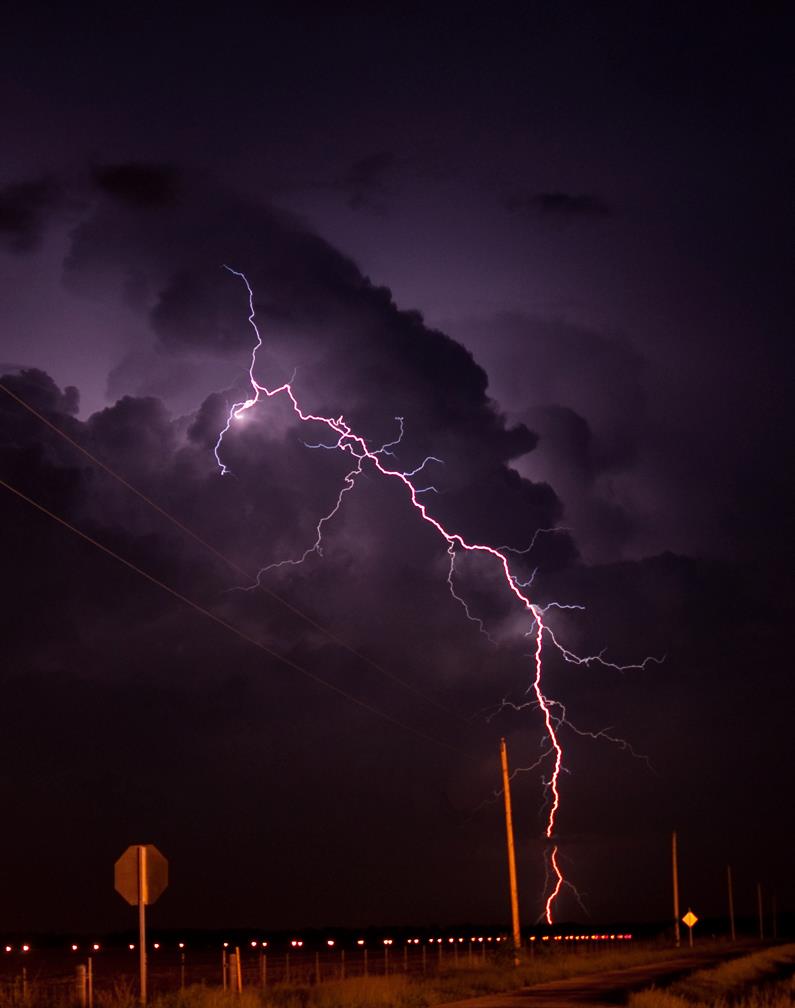 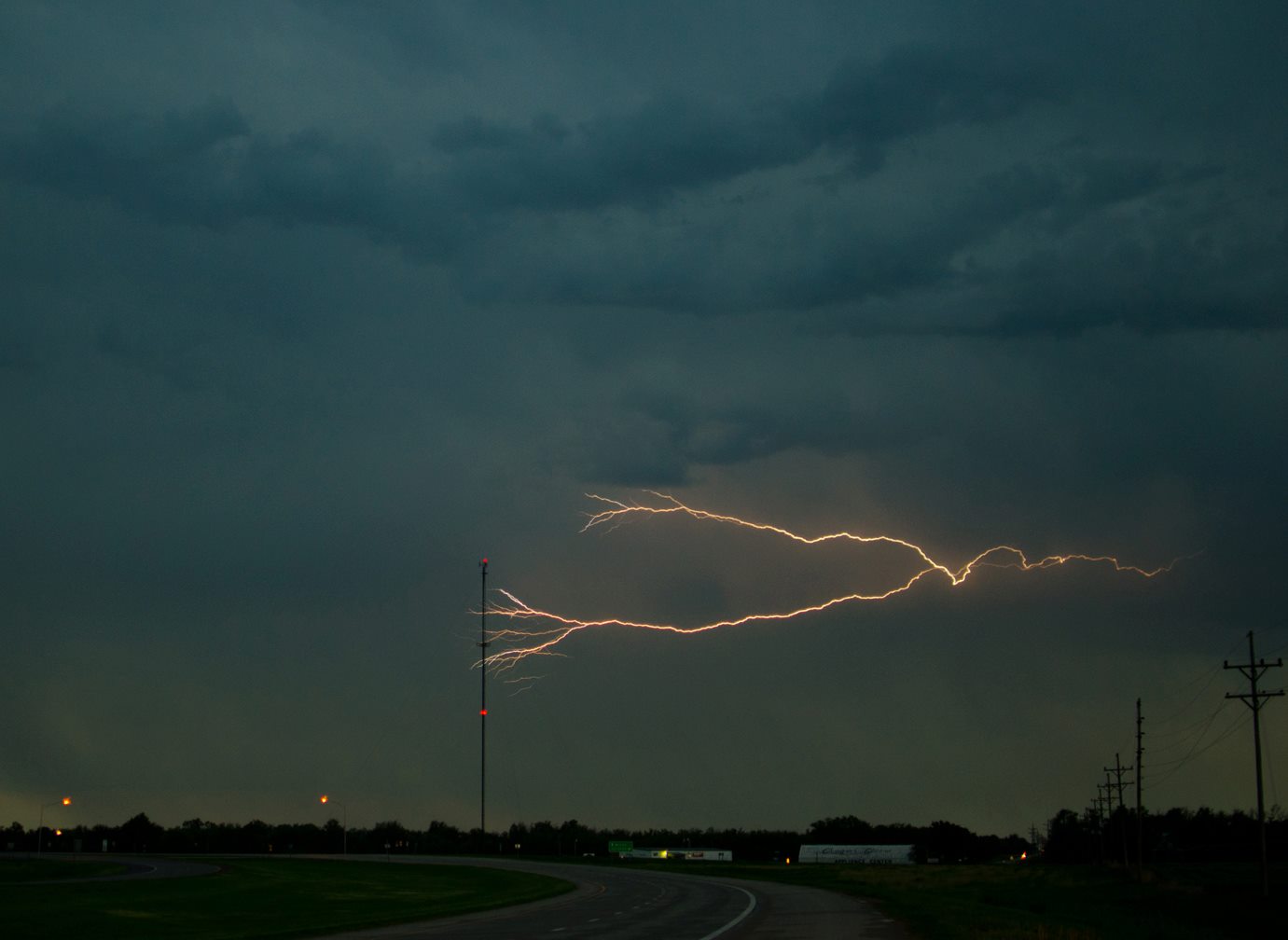 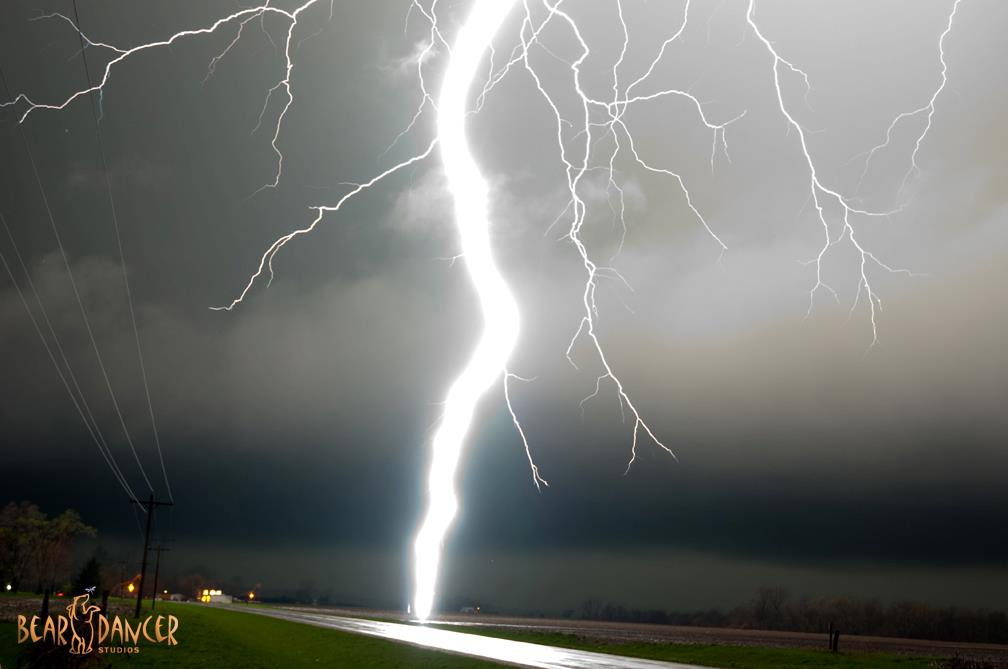 I've been kind of amazed at the funding campaign for my upcoming photo shows. Someone saw my link and contacted me to support the campaign for a young mother who recently lost her husband. She said if I shared the link, she would share mine with some people who might be able to help me out. So I did. Lo and behold this morning, I got a donation from someone I don't even know. Fun! Commerce sometimes puts some really good energy out there. I found that out this summer.

Friday a staff writer from the local online entertainment site contacted me about doing an interview regarding the upcoming shows and the funding campaign. So Thursday I'm doing the interview. How cool is that? So far I've gotten almost enough in donations to print everything for the first show. When all is said and done, I may not have to go in debt to pursue my art. That would be nice. If you are interested in contributing, here is the link. Even spreading the link around would be a help!

My landlord wants me to buy the house we rent because he's moving to Florida to get away from the cold Midwest. Apparently he doesn't mind hurricanes. I'm not actually that confident that I can get a lone for the price he's asking on my current credit score (it's not that bad. It's Fair but not great). But every time I pursue this with one of my banks or credit unions some artistic opportunity pops up. First I got the opportunity to do a 3 week solo gallery show at a traditional gallery in Galesburg, IL. Then the same week, I got a second opportunity to be the second artist to display his works at a brand new art and music venue opening in downtown Dubuque, IA. Seems like the Universe is telling me to pursue my art and not worry about the house thing (even if it means another move to another rental house). The only downside to doing the 2 shows is that it will cost about $3000 when all is said and done and it's money I don't exactly have at this point. My goal is to prepare 60 pieces between the 2 shows. I found a lab in Colorado that will do 16 x 20 Canvas Gallery wraps for $28 each. The walls in the first show are uneven limestone and there will be people in there drinking and dancing during the six weeks the show will run. I will feel a lot better about a canvas and wood print getting knocked off the wall onto a concrete floor than a wood and glass frame. The traditional gallery show has a gallery hanging system so I won't feel too bad going with a mix of traditional frames and standout foamcore prints in there.

So I spent much of the last week putting together a crowd funding campaign on Indiegogo. I chose this over Kickstarter because you get to keep everything that is donated regardless of making your overall goal. So here is the link to my campaign.

I'd rather find a cure for my chocolate allergy.

I had a spiritual counselor over to my house on Friday evening for about 6 hours...or until we were both so hoarse we could no longer talk. It was good for me. It cleared some cobwebs. I need to get past the point of never asking for help.

On Saturday morning, Pictish runes appeared in light on my living room wall where they had never appeared before. They were translated to say, "Find Him!" So it's kind of like in Field of Dreams...Find Who? I have a few ideas but nothing concrete. Should be an interesting journey though.

My eyesight was getting bad enough I broke down and started wearing the new glasses I got last year. In fact, I got them almost a year ago. Why have I resisted something that would obviously help me? Because they are bifocals and I've never worn bifocals and I'm a little vain about the connection between my eyes getting worse and getting older. But now I'm wearing them and other than the whole getting used to holding your head a certain way, it's not bad so far. I have transitions lenes and they certainly darken and clear fast. The real test will be how much I have to adjust to look through my camera viewfinder.

On a bright note, two of the photos that got into juried art shows this year actually sold. Silent keys which was in the Illinois State Fair Professional Artists Exhibition sold the first day and Thunder Road which was in America: Now and Here sold as well. All the rest of the photos I entered in contests either took Best of Category, Best of Show or placed Honorable Mention.

How much snot can one person possible have in their head? Summer is usually the season I can breathe the best. Not so much in a drought year apparently!